The infamous story of the Bali Nine is proof that even paradise has a dark side. This bewildering tale of drug smuggling and executions made headlines around the globe, and is the first thing that comes to mind for many when they think about visiting the island. The disturbing case has been followed closely by many true crime enthusiasts, with some travellers to Bali curious to check out the sites frequented by the Bali Nine, or make contact with the members serving jail time in Bali’s notorious Kerobokan Prison.

Whether its morbid curiosity, genuine fascination with Indonesia’s criminal justice system or a thirst to know everything you can about Bali before you visit, we’ve provided an overview of the Bali Nine case to satisfy the inquisitive minds.

Who are the Bali Nine? 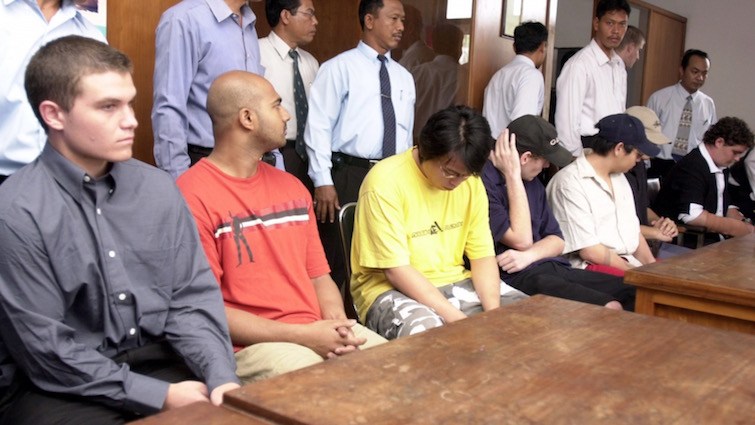 The Bali Nine is the name given by the media to a group of Australians who were caught smuggling heroin from Bali to Australia in 2005. The bust went down after members of the group were caught attempting to smuggle 8.3 kilograms of the drug from Denpasar’s Ngurah Rai Airport. The street value of the heroin was estimated to be worth over AUD $4 million.

The group consisted of Andrew Chan, Myuran Sukumaran, Martin Stephens, Renae Lawrence, Scott Rush, Michael Czugaj, Si Yi Chen, Tan Duc Thanh Nguyen and Matthew Norman. They were known to be misfits loosely linked through employment at a catering company in Sydney, who were lured into the drug trade by the appeal of making some easy money. Aged between 18 and 29, members of the group appeared to have very little understanding of the severity of their crimes or the consequences they faced if caught.

Andrew Chan and Myuran Sukumaran were identified as being the leaders of the operation, with the two coined “the godfather” and “the enforcer” by Indonesian authorities. While stories differ, several members of the group attest that Chan and Sukumaran coerced them into carrying the drugs, threatening to harm their family members if they refused to do so.

The Bali Nine arrests and sentencing 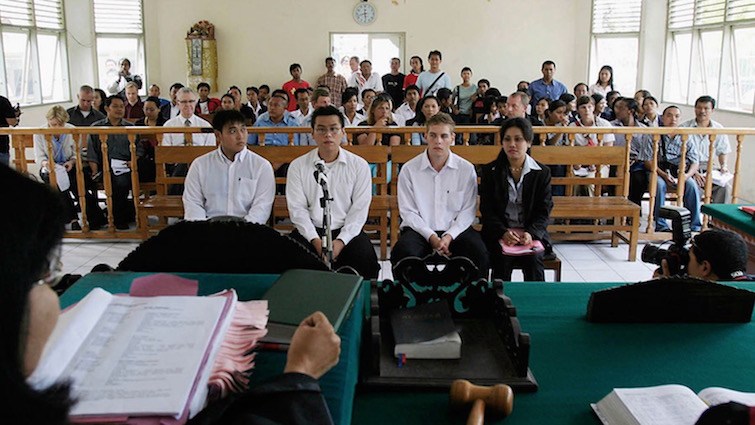 Acting on information given by the Australian Federal Police (AFP), Indonesian authorities made the arrests on 17th April 2005. Stephens, Lawrence, Czugaj and Rush were arrested at Denpasar Airport with packages of heroin strapped to their bodies, while Chen, Norman, Nguyen and Sukumaran were arrested during a raid at the Melasti Beach Bungalows in Kuta where they were found with heroin and drug smuggling equipment. Chan was later arrested on board a flight to Australia, with no drugs on him but carrying multiple mobile phones. Police suspected he was the ring leader of the operation, later finding out that Sukumaran was also one of the masterminds.

Criminal proceedings, investigations and the trials received worldwide media coverage, especially in Australia where news of the drug ring continued to shock friends and family of the accused. After many controversies and delays, the member of the Bali Nine received their fate. In 2006, the seven assisting drug mules were each sentenced to life in prison. After appealing, Lawrence reduced her sentence to 20 years in prison, while Rush and Norman had theirs increased to the death penalty. The Supreme Court later reduced their sentences back to life in prison.

Chan and Sukumaran were ruled to be the key organisers of the plan and found guilty of recruiting drug mules to assist with the operation. Both men were sentenced to death by firing squad.

Where did the Bali Nine executions take place? 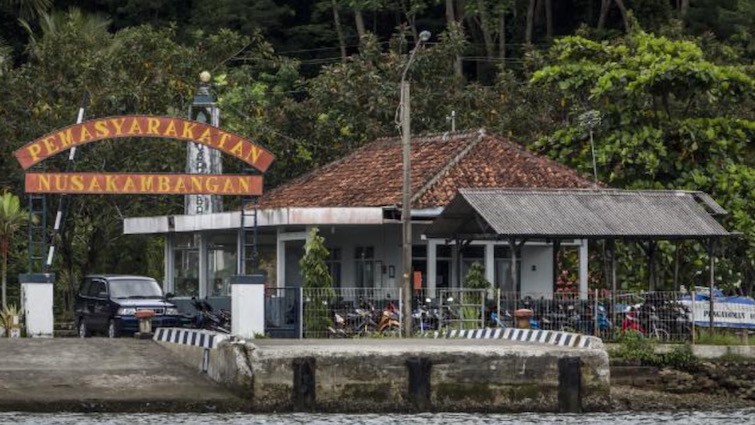 Despite Chan and Sukumaran reportedly being “fully rehabilitated” during a decade in Bali’s prison system, Indonesia’s president Joko Widodo denied their appeals for clemency and international appeals for mercy, and in April 2015 the men were placed in isolation cells where they were prepared for death.

On the 29th of April, the men were executed by firing squad in the middle of the night, along with six other prisoners who were also found guilty of drug smuggling related crimes. The executions took place on the prison island of Nusa Kambagan, which has earned itself the sinister nickname of Execution Island, or the Indonesian Alcatraz.

For visitors to Bali who are creeped out by the presence of Nusa Kambangan, never fear, as the ominous island is nowhere near Bali. It is isolated from mainland Java by the narrow Segara Anakan strait, and is definitely not part of the tourist trail.

While some members of Bali Nine have since been transferred to other prisons around Bali and Indonesia, several of the drug mules still reside in Kerobokan Prison, where the formidable prison walls are in plain view from certain parts of the Seminyak area.

This site uses Akismet to reduce spam. Learn how your comment data is processed.